Trithimius’ Polygraphia, dedicated to the study of various forms of writing, was first written In Würzburg in 1508, but published only posthumously in Basel in 1518. It was the first published work dealing systematically with cryptography. Some scholars consider the book to be the second part of his notorious Steganographia, however It is more likely that his Polygraphia is a revision of his Steganographia. Steganographia, which was written in 1499 and circulated in manuscript until it was printed posthumously in 1606 (at which time it went straight onto the Index librorum prohibitorum), had caused a uproar over its use of spirits to communicate over long distances. Introductory passages in the Polygraphia, therefore, emphasize the work’s logical, mathematical bases as opposed to the mystical-magical, angelic-astrological reputation that preceded it in the Steganographia. The annotators of this volume went to great efforts to note the contrast between the present tome and Steganographia, emphasizing the orthodoxy and the sound ingenuity of the Polygraphia as well as being attentive to the bibliographical reputation of Trithemius.

Even so, Publication was delayed because of ecclesiastical disapproval. Although written to be less controversial, Trithemius’ cryptic applications still utilize ancient hermetic, Pythagorean, and kabbalistic principles as a theoretical platform.

Johannes Trithemius, born Johann Heidenberg, was a German Benedictine abbot and a polymath who was active in the German Renaissance as a lexicographer, chronicler, cryptographer, and occultist. He had considerable influence on the development of early modern and modern occultism 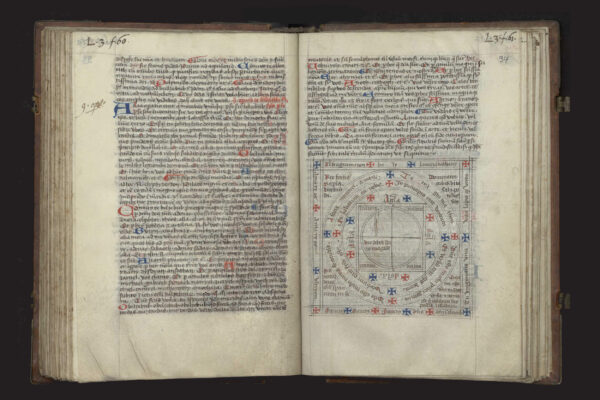